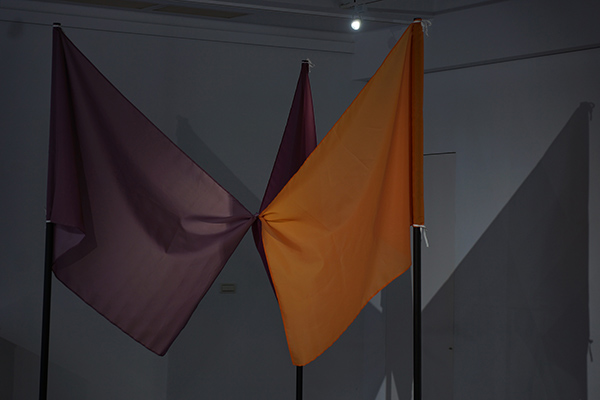 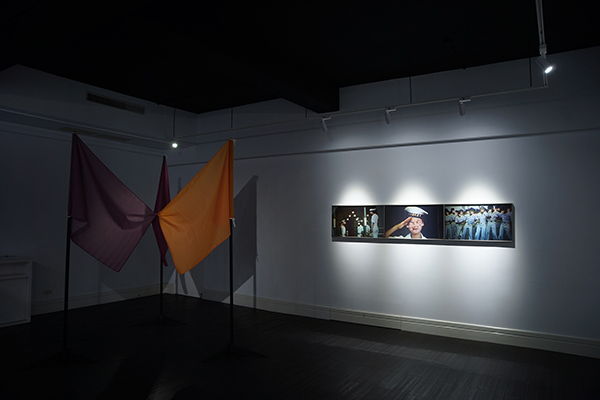 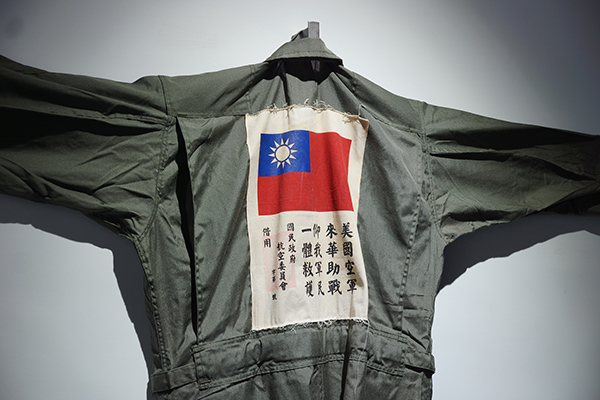 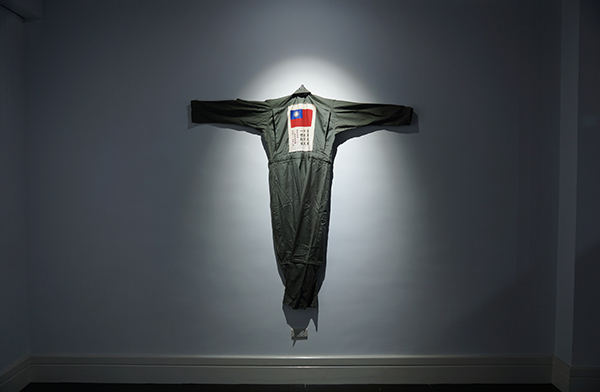 The celebrity Teresa Teng (1953-1995) is portrayed in his work as the goddess, and the way it was articulated (clearly as a sort of apparatus for propaganda) becomes the targeted opponent that the artist Lan provokes to fight against. The goddess is not beautiful anymore, and the appearances of heroes become unrecognisable. The Begonia leaves with the shape of China is the metaphor of the place that is unable to return. Teresa Teng’s face is covered by a Latin alphabet θ which means “death” in Ancient Greece and Rome. The alphabet assembled by red stamps imbued the image with an apparent ominous connotation. The “death” presented in the work, however, is somehow a stage in a cycle that revolves and ultimately reaches “birth”. The cycle is a typical representation of the trinity of Party/Government/Religion that serves as a national belief. In this sense, “death “has become “immortality”. (Excerpt from Jay Chun-Chieh LAI’s text for History War and their Betrayers)

All photos by Chung Hsuan LAN