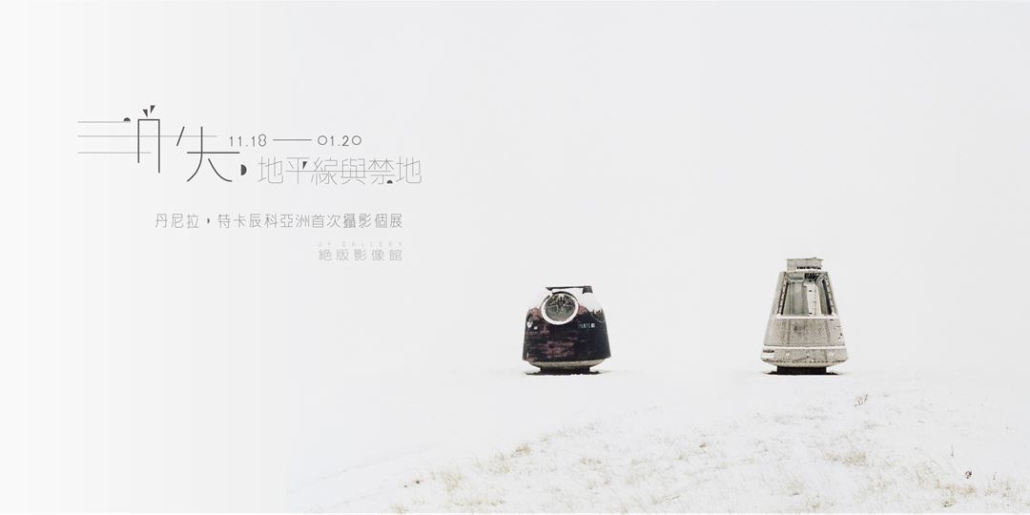 UP Gallery is pleased to present Lost Horizon & Restricted Areas, a solo exhibition by Russian documentary photographer Danila Tkachenko. This is his ever first solo exhibition in Asia and also in UP Gallery which incorporates particular works from both series created during 2012 ~ 2016. The juxtaposition in the exhibition is to complete the artist’s view of dystopia and utopia, contrast the choice of white and black and bring together eleven sites and four “monuments” which are revealed and re-envisioned.

The commentary of the Soviet Union’s history and artistic movement is merely a strand in Tkanchenko’s work. It begins with using the camera to document and is akin to archeology. Through research and pinpointing down the locations and finally presenting the aftermath, the yearning of Utopia appears consistent throughout history and is still evident in the present. People as Tkanchenko believes search immensely for a utopia, an ideal, or a vision. Soviet Union’s experience, a failed one reminds humanity not to make the same mistakes. In the exhibition merging of the two series creates a vigorous vision of both the dystopia and utopia letting the viewers ponder not only on the history and progression which humans strive but also the meaning and result of our actions.

born in Moscow in 1989. In 2014 he graduated from the Rodchenko Moscow School of Photography and Multimedia, department of documentary photography (supervisor Valeriy Nistratov). In the same year, he became the winner of the World Press Photo 2014 competition with the project Escape which he worked on for 3 years. In March 2015 he finished the project Restricted Areas which has already received a number of international awards including the European Publishers Award for Photography, Burn Magazine grant, and included in the Dutch magazine Foam Talents. The series was published in such magazines as BBC Culture, The Guardian, IMA Magazine, GUP Magazine, British Journal of Photography. At the moment Danila Tkachenko is working on two projects which are being shot in a significant part of Russian territory and several neighboring countries.